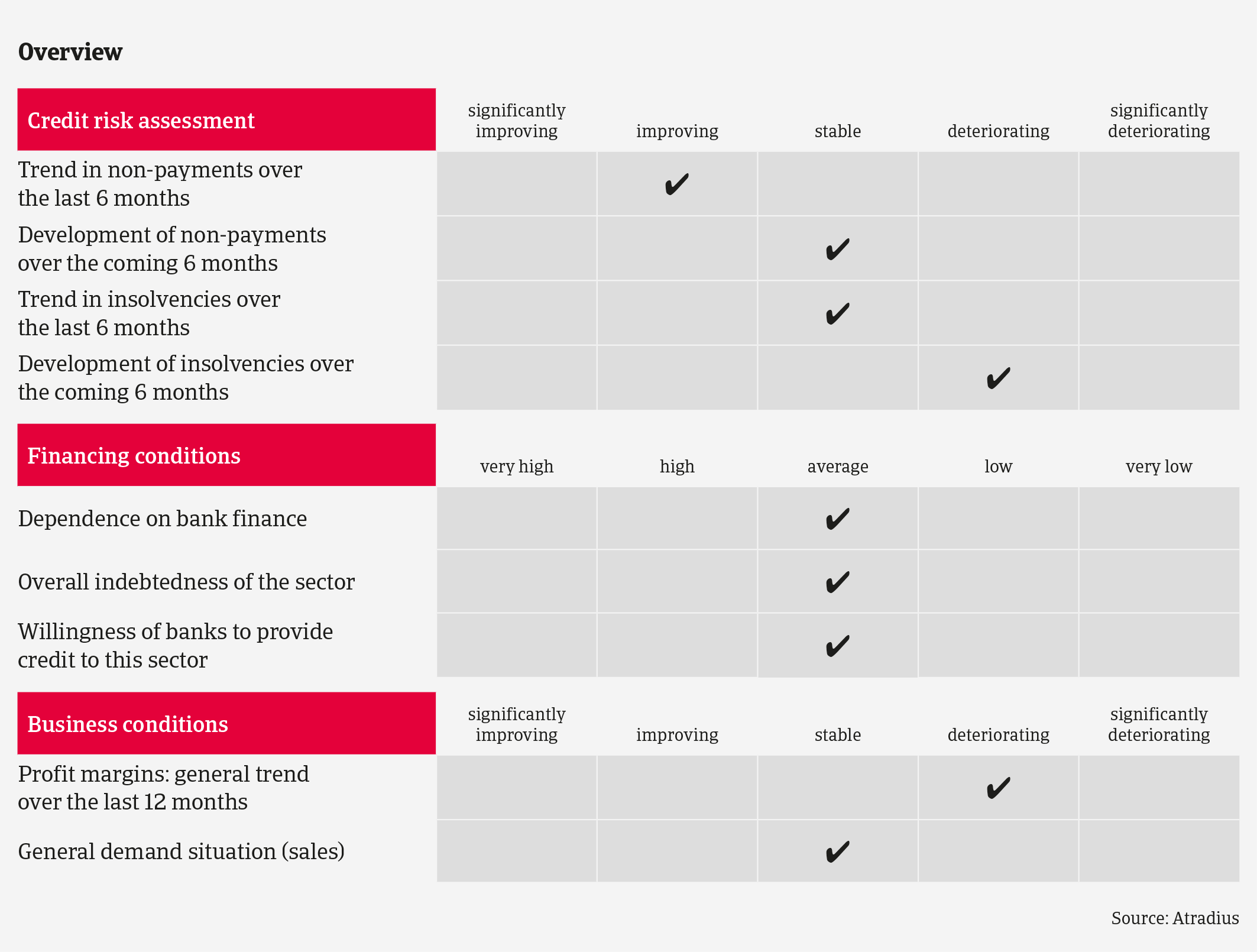 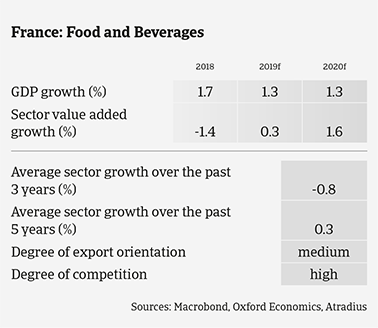 The food industry is a key sector of the French economy, which, according to the National Association of Food Industries (ANIA), generated revenues of EUR 184 billion in 2018, up 1.5% year-on-year. France remains the sixth largest food exporter worldwide, generating about 20% of sales abroad, with leading positions in segments such as wine, sugar, cheese, and poultry. According to The French Ministry of Agriculture, the French food trade balance surplus amounted to EUR 6.8 billion in 2018, up from EUR 5.5 billion in 2017. This increase was mainly due to a rebound of grain exports last year, after poor harvests in 2016 and 2017.

However, looking at individual segments the current trade balance is positive only for beverages, dairy and grain, and excluding beverages there is a deficit for the whole industry. French food processors, particularly in the meat industry, are losing domestic market share due to lack of competitiveness.

Volatile commodity prices remain a major challenge for French food processors. Many businesses struggle to pass on higher input prices, facing the high concentration and market power of retailers and strong competition from other companies within the EU. In 2017 the French government initiated a mediation between producers/processors and retailers with a National Food Conference (Etats Généraux de l’Alimentation), resulting in new rules for annual price negotiations. However, most food manufacturers and syndicates still consider those rules insufficient.

Margins rebounded, but issues in the meat segment are persistent

After reaching an all-time low in 2018, the margins of many food processors have rebounded somewhat in 2019 due to lower commodity prices in some segments. That said, labour costs remain an issue, and many businesses struggle to find qualified workers for what is perceived to be, “unpleasant” jobs.

While domestic consumption of certain dairy products is decreasing (fluid milk, yogurts) demand for cheese and organic products remains robust, and the export ratio remains high. The dairy processing segment benefited from decreasing prices for milk, butter and sugar in 2018 after a spike in 2017. The number of dairy business failures remains generally low, compared to other food segments.

In contrast, the meat subsector is characterised by elevated payment delay and insolvency levels. Besides difficulties in passing on any commodity price increases and losing market shares to foreign peers, changing consumer habits are an issue. Consumption of bovine meats is structurally declining due to health and environmental concerns, while this segment additionally suffers from higher input prices and decreased leather prices. Profitability of small and mid-sized processors is under serious pressure. In the poultry segment growing demand is increasingly met by imports (mainly from Poland). In 2019 slaughter prices for pigs have surged due to the African swine fever epidemic in China, putting pork meat processors under additional pressure.

The situation in the food retail sector remains difficult, with high competition and low margins. Many long-established retailers are facing difficulties, while new players are expanding aggressively. Additionally, in Q4 of 2018 the surge of yellow vest protests negatively affected sales.

Downside risks due to Brexit and US tariffs

The portfolio payment experience in the food sector was bad in 2017 and 2018, especially in the meat segment. While the situation remains difficult in this subsector, we have registered modestly decreasing payment delays and insolvencies for the sector as a whole in 2019, supported by lower commodity prices. However, we expect food insolvencies to increase again in 2020, especially in the troubled meat subsector. The current issues of volatile commodity prices impacting margins, price wars between retailers, changing consumer habits and difficulties in staff recruitment remain.

Our underwriting stance remains neutral for retail and restrictive for the meat segment, while we still have an open approach to beverages and dairy for the time being. However, the high export dependency of both subsectors could prove to be a weak point in the short-term. Brexit, recently imposed US retaliatory tariffs on EU food imports (as response to the WTO Airbus subsidy case) and the US threat of heavy duties on French beverage and food imports (as response to France´s digital service tax) are posing downside risks. This would immediately affect larger businesses, but also have an indirect impact on the value chain as a whole.

Fraud remains an issue in the French food sector, especially in the wholesale of meat. Fraud detection training for underwriters is a requirement to help them detect suspicious patterns. At least the number of fraud cases has not increased so far in 2019. 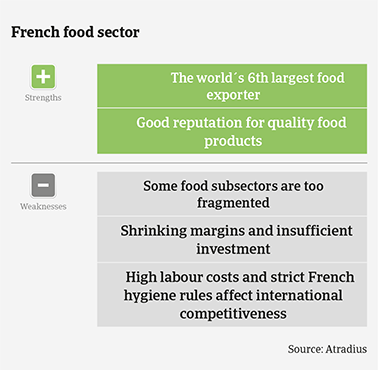 Payment delays and business failures are expected to increase modestly in the coming twelve months, especially in the metal manufacturing segment.

The French food sector has benefited from falling raw material prices and a weaker euro, which helps boost competitiveness abroad.