Overdue B2B receivables in the UK is on the rise!

In 2017, the percentage of domestic and foreign past due B2B receivables in Great Britain saw an upswing. This follows a slight increase in 2016 and seems to underline an upward trend. In 2017, Atradius Group conducted research studying corporate payment practices within the B2B sector in the UK.  During the study, 217 companies were interviewed and questioned about how they experienced payment of receivables from their foreign and domestic customers. One of the main conclusions drawn from the research was that  the volume of overdue B2B invoices continues to increase steadily.

Main results on the overdue B2B invoices (%) in the UK 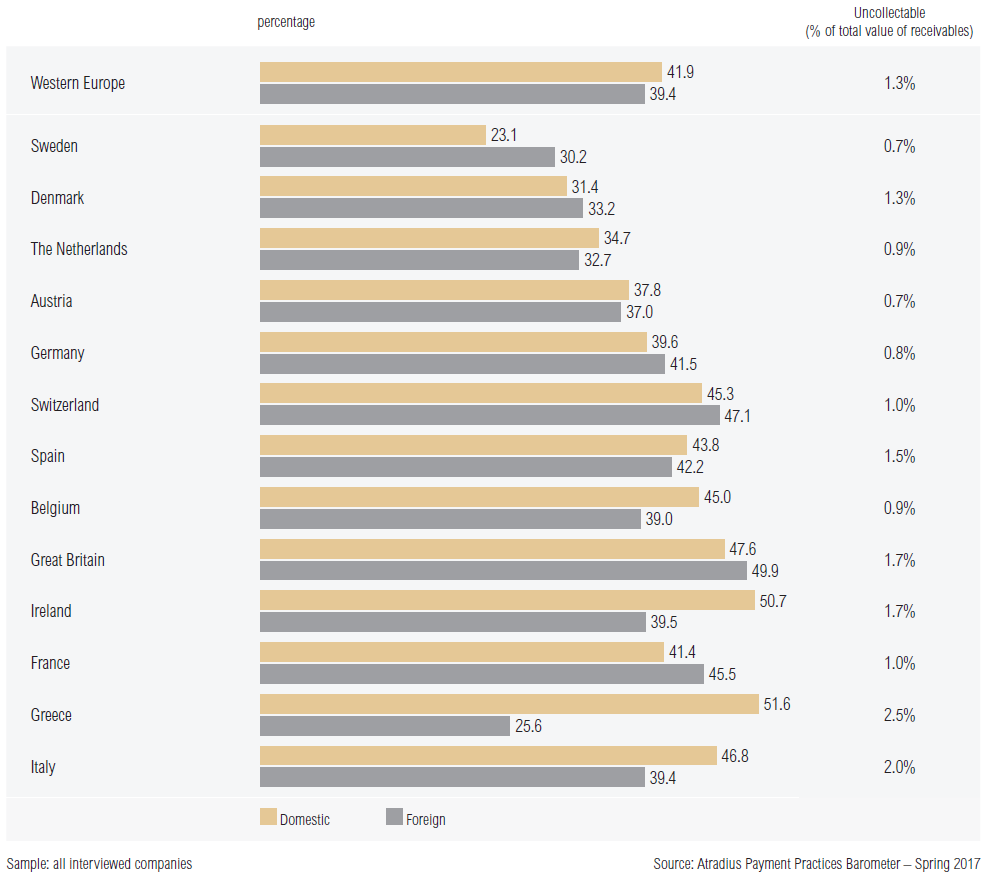 We’re one of the world’s leading commercial debt collection agencies. Here’s a summary of our business, including our global size, length of history, success rates and financial strength rating.